“They’re the only bear of any kind that dwells exclusively in desert habitat. By adaptation and learning, they’ve found a way to live in one of the most extreme environments on the planet.” – Dr. Harry Reynolds

The purpose of the Gobi Bear Project is to assist the Government of Mongolia in its commitment to protected area management, and to promote conservation and protection of a Critically Endangered species, the Gobi bear (Ursus arctos gobiensis). Established in 2005, the Gobi Bear Project team is comprised of over a dozen dedicated members, the majority of whom are Mongolian nationals and know the study area intimately.

Over the past decade, we have worked hard to develop our understanding of this important animal. We have been able to fit 20 bears with GPS tracking collars so we can better understand their behaviour and movements through this incredible landscape, and significant work has been done to develop our knowledge of their genetics, reproductive performance, survival rates and more.

With less than 40 Gobi bears remaining, substantial work is still needed to carry out the complex assessment of factors which may limit Gobi bears, and to address on-site conservation, augmentation and research by national and international specialists. Further information about our work is provided below, where valued donations to support our vital efforts can be made as well.

The Gobi is a bleak place; vast, harsh and silent. Colossal sand dunes, ice-filled canyons, minimal rainfall, extreme winds and a temperature range between 46°C in summer to ‐40°C in winter means that any survival across this 1.295 million km² area comes as a surprise. Yet despite these severe conditions, several species have managed to thrive here. The Gobi is home to camels, gazelles, polecats, wild ass, ibex, musk oxen, snow leopards, occasional wolves, and of course, a limited number of Gobi bears.

Human activity in the Gobi has certainly affected both wildlife population numbers and how they can use the landscape, with certain areas frequently traversed by livestock. Once expansive grasslands in Mongolia have been degraded by overgrazing, putting further pressure on already challenged native animals. The biggest threats, however, currently stem from large-scale mining operations for coal, copper and gold throughout the region. Abundant mineral deposits continue to attract international mining corporations, thereby putting the native inhabitants under even greater stress.

Where do the bears live?

Gobi bears persist as a unique ecotype in the Gobi Desert of south-western Mongolia. Also known as ‘Mazaalai’ and regarded as a national treasure by Mongolians, Gobi bears occupy three main areas, or oasis complexes, within a region designated the ‘Great Gobi Strictly Protected Area (GGSPA) – Zone A’. This protected area was established in 1976 to improve protections for the local flora and fauna, covering a total area of about 46,369 km2 and making it one of the largest reserves worldwide.

Gobi bears primarily live around three oases within the GGPSA, located around Atas Bogd Mountain, Shar Khuls Oasis, and Tsagaan Bogd Mountain. Each oasis complex is comprised of seven or more springs, separated by about 70‐100 km of pure baked pancake flat gravel from the adjacent complex. The size and volume of the watering holes vary – anything from a dry gulch that might see water one day a year to a water reserve the size of a typical garden pond – and perhaps a scattering of trees or nearby tall grasses. Like most other bear species, male Gobi bears tend to travel much greater distances and have larger home ranges (~2400 km²), typically travelling large distances between oases to try and mate with multiple female bears.

Due to the abundant minerals in the area, the GGSPA is frequently targeted by illegal hunters and miners under the cover of darkness in the hope of making undetected finds. Large expanses of uninhabitable land mean these people are often confined to searching around the same oases used by the bears, increasing the possibility for conflict. Local rangers work hard to patrol the GGSPA and prevent this from occurring, but limited resources over such a vast area means this is still not 100% effective.

How do the bears survive?

Gobi bears are superbly adapted to low food availability and harsh environment of the Gobi Desert. We’ve observed that Gobi bears primarily eat the rhizomes of wild rhubarb (Rheum nanum), berries, including nitre bush (Nitraria spp.), grass shoots (e.g. Phragmites), wild onion (Allium spp.), Ephedra, and other plants supported by desert springs. Small amounts of animal matter (mostly rodents and reported to be approximately 1% of total intake) are also consumed. It is well known that brown bear subspecies undergo a period of high food intake (hyperfagia) during late summer and fall in order to build the fat reserves necessary for hibernation and production of offspring while in winter dens.

Rangers of the GGSPA reported that the area experienced a 14 year drought from 1993‐2007, in which annual precipitation declined from approximately 100 mm to 50 mm. Because Gobi bears are heavily dependent upon vegetation that requires precipitation for growth and fruiting, the drought may have affected body condition and reproductive success of the bears during this period.

Gobi bears are listed as Critically Endangered in the Mongolian Redbook of Endangered Species, the Zoological Society of London and the IUCN Bear Specialist Group. This assessment was based on estimates that the population included less than 50 adult animals, and were separated by enough distance from other closely genetically-related populations that immigration/emigration would not reasonably be expected to occur. It is included as an Appendix I Species (Critically Threatened with Extinction) under the Convention on International Trade in Endangered Species (CITES), to which Mongolia is a signatory country. No Gobi bears are known to exist in captivity anywhere in the world.

Prior to the 1970’s, Gobi bear distribution in southwestern Mongolia extended beyond its present confines and included areas adjacent to the GGSPA to the north and east. This area encompassed Edriin Ridge, the Eej Khayrkhan Nature Reserve to the west of Bayantoorai, and portions of Gurvan Saykhan National Park to the east. The reasons that these areas are no longer occupied are not known.

Research by the Gobi Bear Project indicates that there are currently less than 40 individuals left in the wild. While the population appears to be stable at present, or slightly increasing, much work is still needed to ensure these bears have the best chances of survival.

What does the project do?

Since 2005, the Gobi Bear Project has been engaged in a range of activities to promote the survival of this incredibly unique species. Although shy and very difficult to capture, to date we have managed to fit 20 individuals – 15 males and 5 females – with GPS satellite radio collars. Combined with genetic hair analysis, this has enabled us to build up an understanding of how these bears move in and utilise their landscape, and thus enable us to determine how their behaviour relates to their survival.

Because of the severe drought that has ravaged the GGSPA over the previous decade, the Mongolian Government has also introduced several supplemental feeding sites to provide the local population with the sustenance required for them to survive the winter hibernations. Limited funds have influenced the operation of these sites, often alternating between fodder, pellet food and other alternatives depending on cost and availability. Their operation, in part managed by the Gobi Bear Project, is a delicate balance – it’s important not to create a dependence on these feeding sites while also ensuring they have access to enough food so mortality rates don’t increase.

The feeding sites, along with the GGSPA oases, have formed the primary sampling locations for our ongoing DNA-based population analysis program. Long time Gobi Bear Project team member Odbayar Tumendemberel is now undertaking a PhD to further develop this technique and continue studying the Gobi bear population over the coming years, which is vital to establishing a reliable metric of population increase or decrease. The results of our population analysis to date were published in Ursus by Tumendemberel et al. in 2016.

Other active areas of the Gobi Bear Project include mortality studies, water and soil contaminant studies, cortisol-based stress analysis, investigating potential methods of increasing the population’s carrying capacity, and routine programs to engage and raise awareness of the Gobi bear with the Mongolian people.

The future of the Gobi bear

Building the capacity of the GGSPA will be critical in the long-term survival of the Gobi bear, particularly as the region faces increasing pressure from mining developments over the next few years. In addition to the appropriate application of what is learned through our scientific research, increased engagement with the local people will be essential to ensuring that this amazing animal does not go extinct. This includes training, education, and providing the tools and logistic capabilities necessary for monitoring and patrol programs that are integral to maintaining the integrity and security of the ecosystem upon which the bears depend.

Survival and recovery of the Gobi bear population is possible, but only through expanded support, increased public awareness and continued research. You can help our vital work in two ways; by telling as many people as possible about these amazing bears and our efforts to save them, and/or by making a valued donation to our cause. All contributions in either form are sincerely appreciated.

A visual snapshot of our work and the incredible landscape that these bears call home. 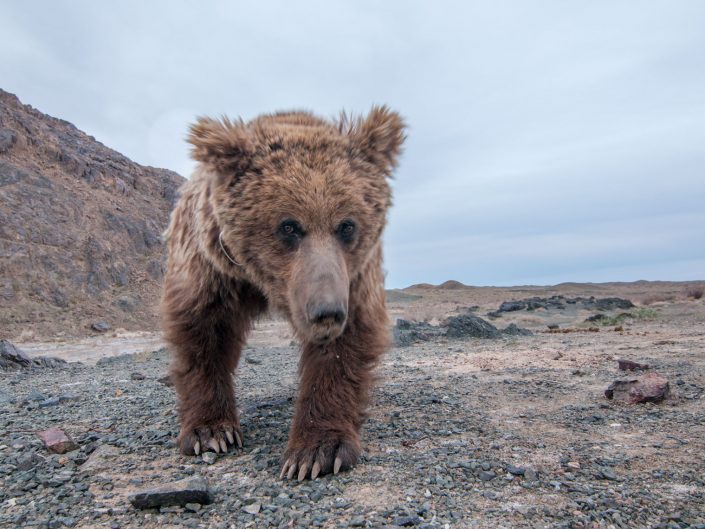 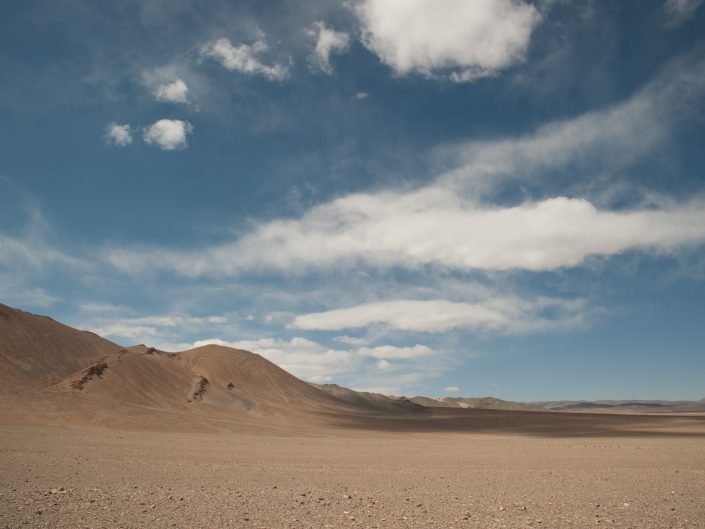 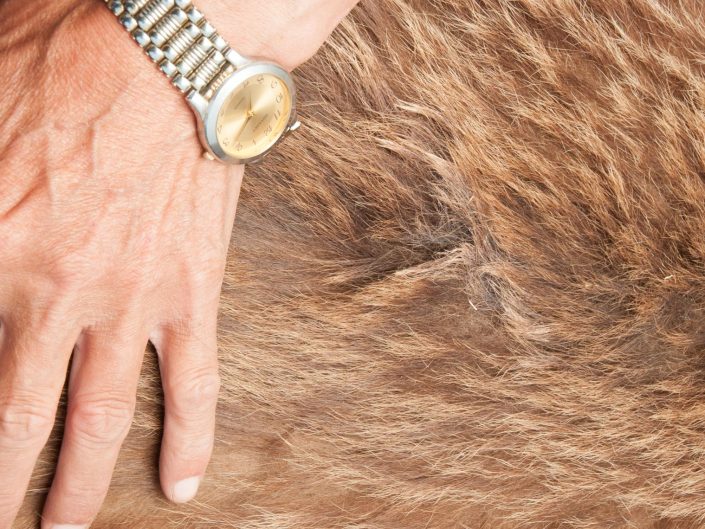 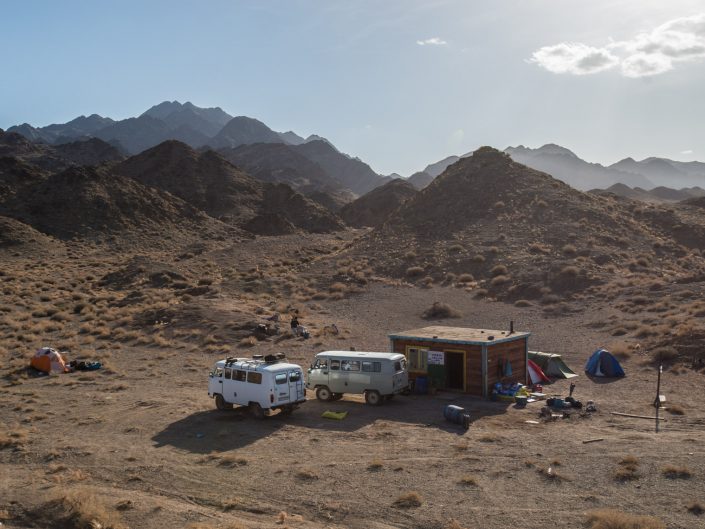 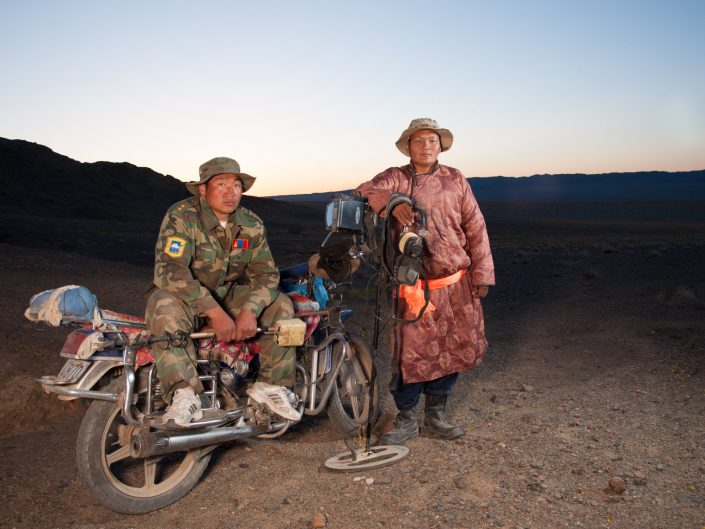 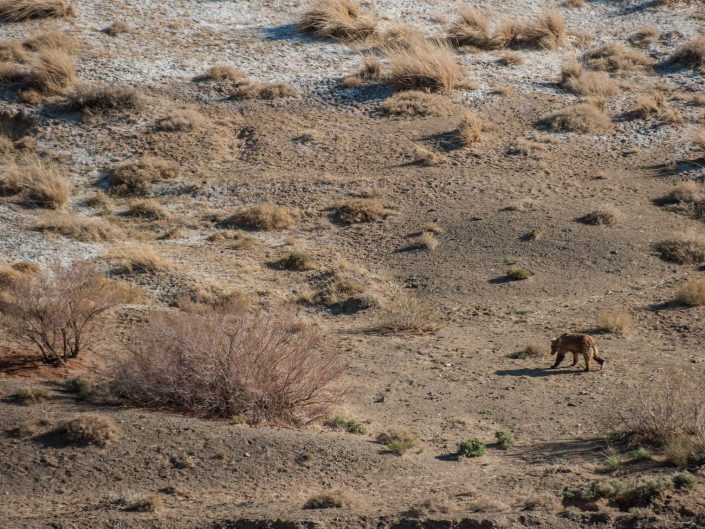 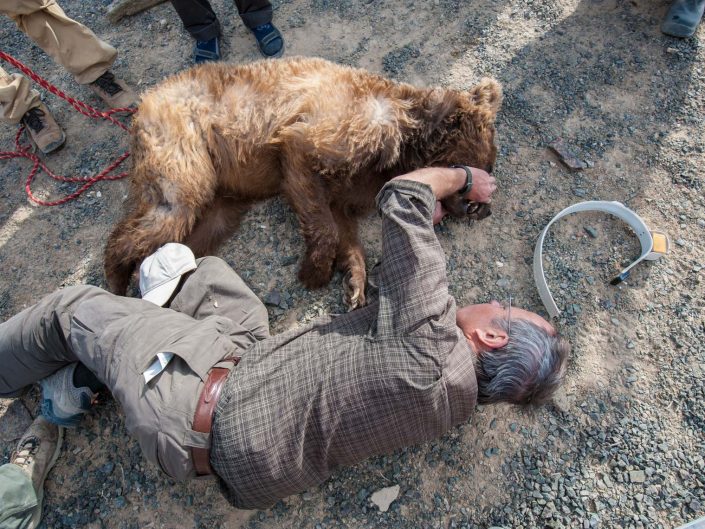 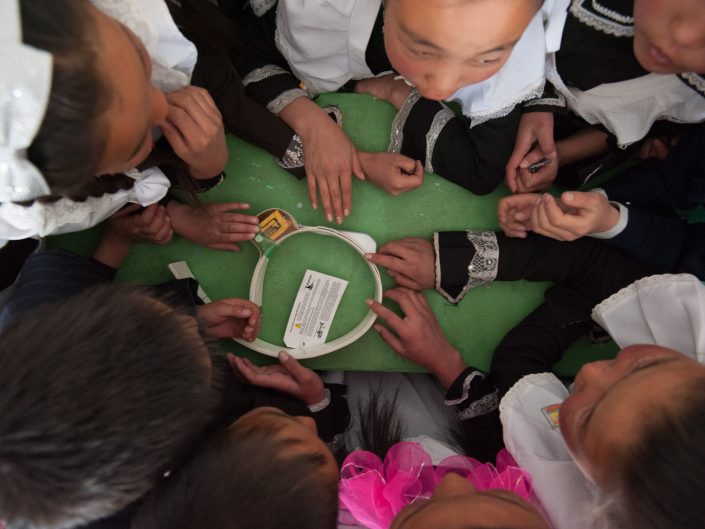 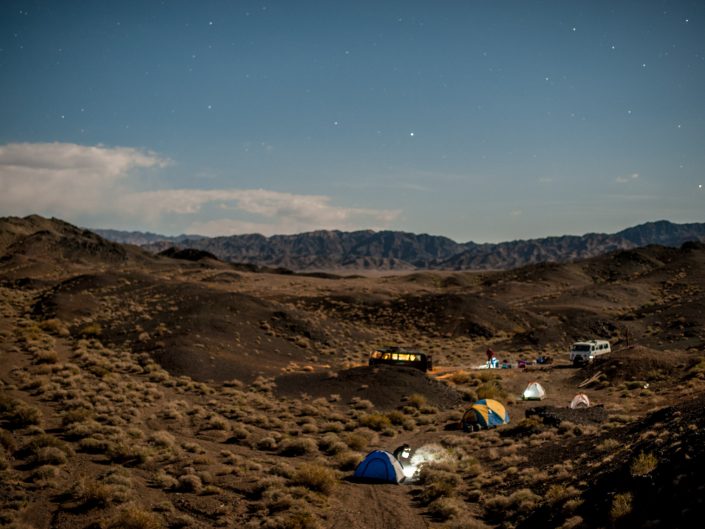 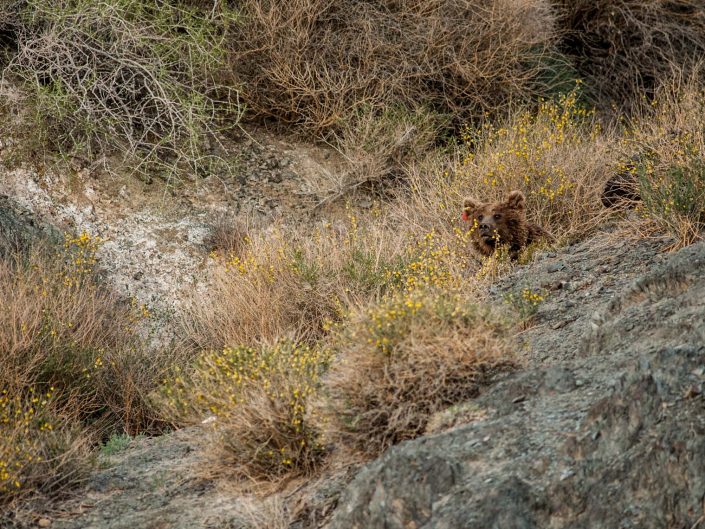 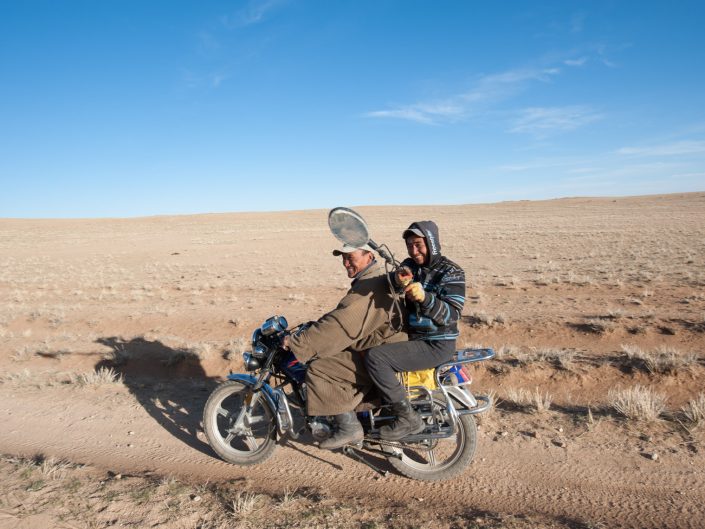 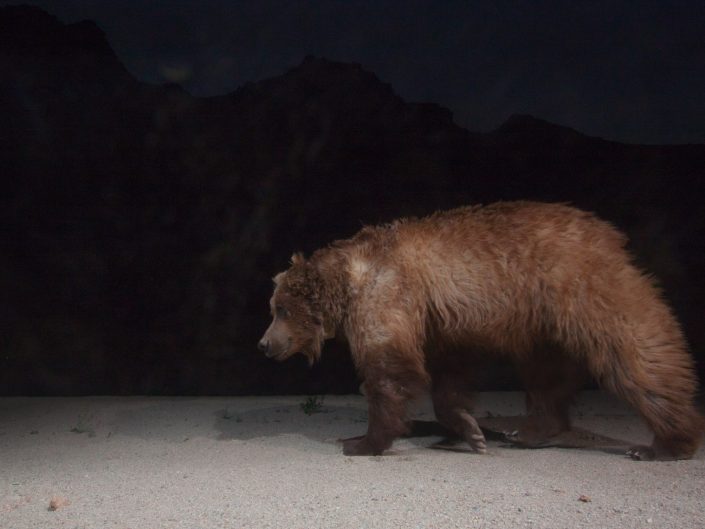 Do you want to help support our work? The best way to contribute is by making a donation, which will help provide funding for continued research. The Gobi Bear Project is is not only a non-profit organisation, but also registered as a 501(C)3 charity in the United States. This means all donations are fully tax-deductible. Donations can be made via PayPal using a credit card or a PayPal account – simply complete the form below and then you’ll be redirected to PayPal’s secure payments page for processing. Your support is sincerely appreciated!

Keen to get in touch? Fill out the contact form below and we’ll get back to you.